Conventional methods have proven to be effective in relieving pain and healing the body in a relaxing and pleasant way, with manual massages being a technique historically used by different cultures.

Thanks to technological advances, it has been possible to develop alternative methods such as ultrasound therapy, which is capable of helping tissue regeneration through sound waves.

Ultrasound therapy is a widely used treatment in numerous health and wellness centers. It consists of applying ultrasound waves through a special device in those places where there is an injury to promote tissue regeneration and help the wound heal more quickly and effectively.

To carry out this therapy, a gel is first placed on the skin that acts as a conductive agent to transmit the sound wave from the equipment to the site of the injury. The wave produces a vibrating effect on the cells, which after being stimulated for enough time, produce heat. However, depending on the desired effect and the type of injury to be treated, ultrasound can be applied intermittently to generate tissue vibration without releasing heat.

The heat generated by the ultrasound produces a hyperemia effect, increasing the dilation of the blood vessels and the flow of blood in the area, in this way the metabolism is increased by favoring the hydration of the cells and the regenerative capacity of the cells is stimulated. tissues.

Similarly, it helps heal tissues that contain large amounts of collagen. Also, it has positive effects on the joints by reducing stiffness and contractions.

We provide service from our headquarters in Cala del Moral , Rincón de la Victoria, but we offer our services in other areas of Malaga, contact us to arrange a meeting or use the contact form.

The formula of happiness is to achieve well-being between body and mind. At Mindland Psychology Cabinet in Malaga we offer you a range of services aimed at supplying what you lack to be happy. Get in contacto with us and we will help you. 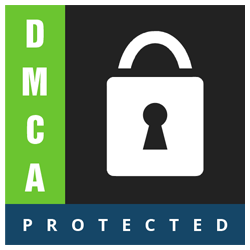